THE HISTORY OF WESTMINSTER ABBEY 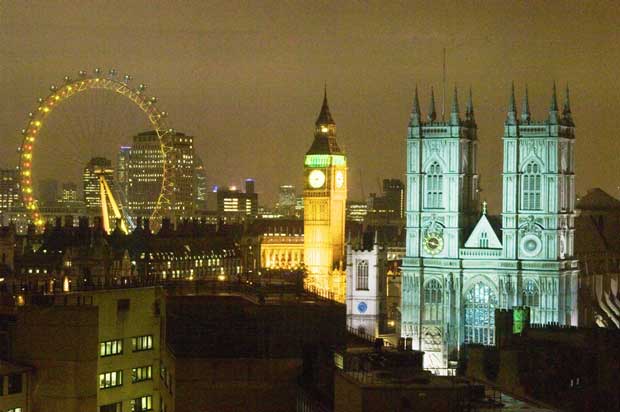 The Collegiate Church of St Peter in Westminster, known more commonly the World over as Westminster Abbey, is one of the most beautiful and important buildings in England, and today its exterior looks truly stunning following the completion of a recent cleaning program that took 25 years and cost £22 million.

It is thought that there has been some kind of religious building on the site since the early 7th Century. But the building that greets visitors today is the second Westminster Abbey to stand on the site.

It was begun in the middle of the 1200′s by King Henry III, albeit the two tall west towers, that are one of the Abbey’s most prominent features, are the newest part of the church.

The two white stone towers, rising up 68 metres into the London sky, were only completed in 1745 and were designed by Nicholas Hawksmoor, one of the great architects of the 18th Century whose footprints are all over this London and beyond.

At the time of the completion of the towers, the King of Great Britain was George II and, directly over the main entrance to Westminster Abbey, you can see a row of coloured shields and right in the middle of them a large crest. This is the crest of King George II.

Also above the main entrance there is a line of ten stone figures set back in niches. These are the most recent additions to the exterior of Westminster Abbey and were unveiled by the Queen, Elizabeth II, in July 1998.

They are sculptures of 20th Century Christian martyrs – men and women from all over the world who lost their lives because of their faith. It is a sobering thought that there were more religious martyrs in the 20th Century than in any other century in history. The figure on the extreme left is Maximilian Kolbe, a Polish priest incarcerated at Auschwitz and who gave up his life so that someone else could live. In the very centre of the row, with the child at his feet, is the great American Civil Rights leader, Dr Martin Luther King, assassinated in 1968.

So why is Westminster Abbey such an important church? Well, Westminster Abbey is the coronation church where, since the coronation of William 1st in 1066, every king and queen of England, and later Britain, has been crowned. Many of them were also married here, and a good number of them are buried here. Indeed, the Abbey is the final resting place of several of the country’s most important monarchs of the last thousand years, including King Edward I, the Hammer of the Scots, King Henry V, victor of the Battle of Agincourt and Good Queen Bess herself, Queen Elizabeth Ist.

But Westminster Abbey is so much more than just the burial place for famous and important people.

It is most importantly a living working church. There are four services held here every day, six on Sundays, and anyone is welcome to attend, whatever faith you belong to.

Entrance for these services is free, although collections are sometimes taken, the proceeds of which go to nominated organisations and charities.You can get details of the services on Westminster Abbey’s website.

Technically Westminster Abbey is an Anglo -Protestant church, and unusually it is what is known as a Royal Peculiar: meaning that it falls directly under the jurisdiction of the British monarch, rather than a diocese.

The closest Underground Station is
Westminster (District and Circle Line and Jubilee Line).

BOOK A GUIDE
TO TAKE YOU ROUND

You can book your own private guide to take you around Westminster Abbey to esnure that you see all that this "must do" attraction has to offer.