THE SECRET LIVES OF CHARLES DICKENS 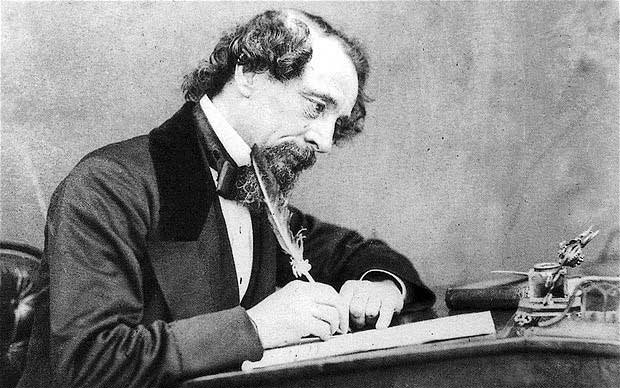 DISCOVER THE DARK SIDE OF DICKENS

Dickens is, without doubt, one of the greatest novelists in English literature. When he died in 1870 he left us with a legacy of truly memorable works, a host of immortal characters and a vision of London that has made the Victorian city his own. So much so that the term “Dickens London” is both an appropriate one and necessary one.

But Dickens, like many great men (and, for that matter, many lesser ones), had a secret life – in fact, in his case, several secret lives – the existences of which would not become common knowledge until after his death.

Join Dickens London expert Richard Jones on a fascinating journey that goes in search of the secret lives of Charles Dickens.

The Ghost of Dickens Troubled Past

The tour begins with the secret that Dickens kept hidden from his family for many years. The fact that when he was eleven years old his father had been incarcerated in a debtors prison and he, Charles, had been sent to work at a rat-infested blacking factory that abutted onto the River Thames.

You’ll visit the site of that factory and learn how the memory of it came to haunt his imagination causing him to confess, many years later, that “Even now, famous and caressed and happy, I often forget in my dreams that I have a dear wife and children; even that I am a man; and wander desolately back to that time of my life.”

You’ll discover why his time there gave him an aversion to black cats; how he was known to his fellow workers as the “young gentleman”; and how he later immortalised one of them by using his name for one of his most memorable villains.

Indeed, he could not have known it at the time, but this traumatic period in his childhood, would furnish him with an eductation that would, well and truly, set him on the road to becoming the undisputed chronicler of the Victorian Metropolis.

A Descent into Dickens Childhood

From here we’ll descend into the creepy subterranean arches where, in Dickens day, “the most abandoned characters … often passed the night nestling upon foul straw.”

As a boy Dickens found the allure of these arches irresistible, and he later commented in the most autobiographical of his novels, David Copperfield, how he was “…fond of wandering about the Adlephi because it was a mysterious place with those dark arches…”

You’ll be pleasantly surprised at how the arches we descend into have survived the march of time, and it doesn’t take a great leap of the imagination to picture the young Charles Dickens moving furtively through their shadows, absorbing every sordid feature of his surrounding as he mingled with the lower stratum of Victorian society.

Throughout his life Dickens had a great love for the stage. In fact, it is safe to say that the theatre was almost a life force for him. Some of his greatest friends hailed from the acting fraternity and he himself liked nothing better than to tread the boards.

So, we will next follow him on a journey through Theatreland, pausing as we go to take in the theatres that he visited and where several of his works were staged, often without his consent.

On several occasions, these pirate performances even attempted to predict the, as yet unfinished, endings of his latest novels.

Dickens would often attend these performances and, on at least one occasion, he showed his disaproval of the liberty that had been taken with his storyline by lying down on the floor in full view of the audience!

Dickens and the Great and Good

From a relatively young age Dickens was able to mix and mingle comfortably in the high society of his day and, in a class conscious age, he was accepted as an equal by many who were, effectively, his social superiors.

You’ll hear the story of how he was befriended by the second wealthiest woman of the age, Angela Burdett-Coutts, and learn how he advised her on many of her great charitable bequests.

You’ll also hear the bizarre story of how he once professed his undying love for the richest woman of the age - none other than Queen Victoria - and how he feigned heartbreak when she married her Consort, Prince Albert.

You’l also learn how he and Queen Victoria - the two most famous people of their day - only met face to face on one occasion, just a few months before Dickens death in 1870.

Dickens and The Invisible Woman

We then move on to explore his troubled final years when his marriage disintegrated and he became involved with an actress who was the same age as his youngest daughter.

The actresses name was Ellen Ternan and, had their relationship become public knowledge, it would almost certainly have destroyed Dickens both professionally and personally.

Yet the story of his involvement with his “invisible woman” is a fascinating one, and it can equal the plot of any Dickens novel for the twists, turns, betrayals and treachery of its narrative.

We begin the story alongside the statue of the man whose death in the frozen wastes of Newfoundland inadvertently set in motion the chain of events that would bring Charles Dickens and Ellen Ternan together.

We then follow them through the streets of Victorian London to see the theatre at which she performed on several occasions and hear how, more than once, careless gossip nearly made Dickens secret life public knowledge.

So come along and discover the gripping story of the lesser known life of England’s greatest novelist on a tour through the streets and to the places that featured extensively in that story.

Outside The Riverside Exit of of
Embankment Underground Station