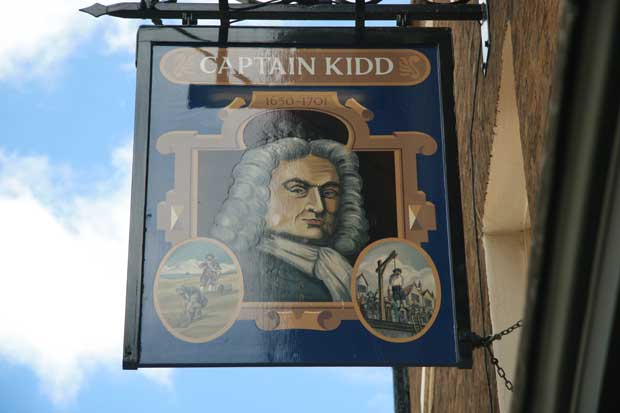 LIQUID HISTORY WITHIN AND WITHOUT

There's only one area of London in which to enjoy a Riverside pub walk and that area is the village of Wapping, which is visited on this tour.

Firstly, many of the pubs found here are actually beside the river and, in several cases, they even hang over it.

Secondly, the pubs of Wapping have a genuine antiquated and timeless air about them.

Thirdly, its pubs have changed little, if at all, since seafarers used to while away their shore leave enjoying their hospitality.

And tonight you can join them.

THE TOWER OF LONDON AND DEADMAN'S HOLE

Beginning alongside the Tower of London, we pause to recount some of the sinister events that have occurred behind the grim, grey walls of this imposing fortress.

Moving on, we stroll past Deadman's Hole, the place where the bodies of those who had fallen, or being pushed, into the river were  once dragged ashore.

It's a chilling spot so you'll probably need a drink once you've absorbed its sinister ambience.

AND SO TO OUR FIRST PUB

A delightful tavern set within the confines of an even more delightful dock where yachts and pleasure craft from all over the world bob peacefully upon the ink black waters.

ALONG THE RIVER THROUGH WAPPING

Having absorbed the ambience of this wonderful hostelry, we set off into the village of Wapping.

Here you will be regaled with tales of the river folk.

Of pirates and privateers, press gangs and the pressed. The drunken and the debauched. The murderous, the murdered and the just plain wicked. Their stories will be paraded before you in some of the most evocative and atmospheric riverside passageways imaginable. Places where you wouldn't be surprised to encounter the odd pirate yo ho hoing his unsteady way across the time stained cobblestones in search of a bottle of rum.

A TIMELESS GEM OF A RIVERSIDE PUB

Which segues nicely into our next pub.

And what a timeless treasure this one is!

A true throwback to a bygone age. A place with a balcony that literally juts out over the muddy brown waters of the river. A place where the rafters once shook to the raucous banter of Jolly Jack Tars.

Oh the tales this pub could tell if only its walls could speak!

Luckily your guide will be on hand to tease those tales from the ancient fabric and regale you with them over a frothing tankard of ale or a bottle of rum, should that be your preferred tipple of choice.

Having imbibed to our hearts content, we continue our riverside stroll between the canyon-like walls of sturdy 18th and 19th century warehouses that have now been given a new lease of life as luxurious apartment blocks.

Again you'll learn much about the river-related past of this area before arriving at what is believed to be the oldest riverside pub in London.

AS OLD AND AS GOOD AS IT GETS

It's clientele were once a rough and ready bunch who were prone to settling their differences in a less than civilised fashion.

Indeed, such was its reputation that it was once known as the "Devil's Tavern," and woe betide any stranger who crossed its threshold without being invited in.

Nowadays it's as welcoming a hostelry as you could wish for, and its flagstone floors, low beams, pewter-topped bar - perched unsteadily atop a line of ancient beer barrels no less - all resonate with the ambience of days long gone.

What better place to end your tour of the riverside pubs of old London? Food will be available and you can enjoy its hospitality until the dull chime of its bell calls time on yet another evening of chatter, banter and imbibing, just as it has been doing for the past 500 years.

So, if you really want to discover genuine and historic riverside hostelries. If you want to spend a few fun hours in the company of a born raconteur who will regale with tales of the river, fascinate you with fun facts about the pubs you will visit and who will tell you the origins of sayings such as "bottoms up" and "mind your p's and q's."

Then join our Riverside pub walk and prepare to be spirited back in time to discover the colourful past of two of London's most timeless and atmospheric villages. Cheers!

By The Tower of London Gift Shop

The Prospect of Whitby