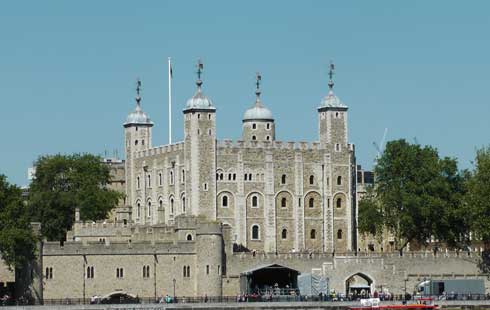 FROM THE ROMANS TO THE PRESENT DAY

If you want to uncover the fascinating history of the City of London, then this is the walk you’re looking for.

It takes you on a breathtaking journey through 2,000 years of life in the City as you explore the streets, buildings and alleyways of one of London’s most timeless neighbourhoods.

THE BEGINNINGS OF LONDON

We begin at the beginning, alongside one of the best preserved sections of the old Roman wall where we discuss the origins of the City and explore how it grew to become one of the most important settlements in the Roman Empire

THE TOWER OF LONDON

From here we gaze across at the Tower of London, built by William the Conqueror in the wake of his Norman invasion of 1066. We consider its involvement in the development and subjugation of the City of London, before reflecting on the stories of those to whom it has, over the centuries, been both a home and a prison

To many it was the place where they spent their final hours before being led out onto Tower Hill to be executed in front of the baying mobs to whom execution was not only a form of retribution and punishment but was also a source of cracking entertainment.

This segues nicely into our next historic location, the site where the scaffold once stood on which the lives of the likes of Thomas More, Thomas Cromwell, Lord Guildford Dudley, husband of Lady Jane Grey, and many others were ended by a stroke (sometimes several strokes) of the executioners axe.

TWISTING OUR WAY THROUGH HISTORY

The London Story Walk then twists its way through a network of narrow alleyways, hidden passageways and cobblestone courtyards where the City’s history is, quite literally, written in and on the streets. Indeed, names such as Sherbourne Lane (you’ll be pleasantly surprised at what this used to be called!), College Lane, Pudding Lane and Lombard Street provide the yarn from which we weave a rich and colourful tapestry of 2,000 years of City life.

Meanwhile, the former Londoners that we encounter as we stroll the through the tucked away recesses of the historic City, will people the walk with a cast of illustrious characters whose stories will breathe life into the history that surrounds you.

Highlights of the London Story Walk include

But, above all else, our London story Walk will bring you face to face with the City’s past whilst, at the same time, introducing you to its ancient customs and traditions

Wall to wall history made painless, entertaining and thoroughly gripping.