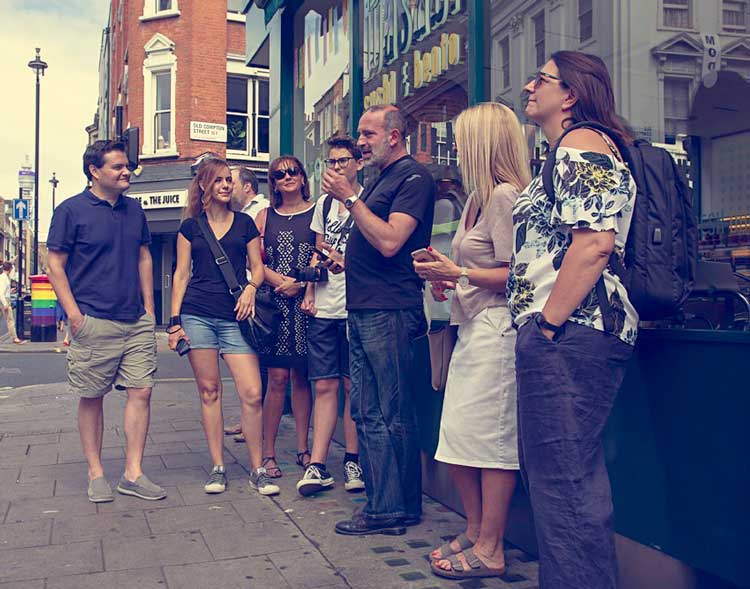 When it comes to London's popular music history, John Bennett is one of the most knowledgeable guides you could hope to encounter; and now you can join him for his Classic Rock Tour on which you will discover the places where musical history was made and where pop icons and rock legends did the things that were once expected of pop icons and legends of rock!

From Bowie to Bolan, The Beatles to the Rolling Stones, the Sex Pistols to Elton John - John Bennett knows everything that is worth knowing about them, and he'll take you on a magical journey through the haunts, both past and present, of some of the greatest names in the history of music.

In the course of your journey, you will Get Back to the heady days of Rock 'n' Roll's vibrant past - the good, the bad and the downright scandalous - and you'll get loads of satisfaction exploring London's rich and varied musical heritage.

WOAH, OH LISTEN TO THE MUSIC

You'll stand outside the studios where some of the world's best known and best loved musical anthems were recorded; and, because John actually possesses a licence from the PRO, you'll be able to listen to those songs as close as it is possible to get to locations at which they were actually recorded.

Imagine, standing by the very threshold over which the likes of Elton John, Mick Jagger, Keith Richards, to name but a few, stepped to record the track you will be listening to,

Can a tour get any more magical than that? 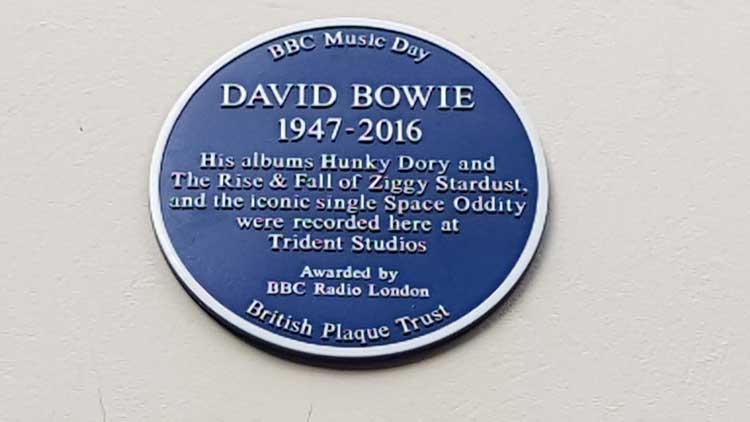 THE SEX PISTOLS, THE WHO AND THE ROLLING STONES

In the course of this magical experience you'll stroll along London's 'Tin Pan Alley' (Denmark Street), which for decades has been the centre of music publishing and demo studios.

It was here that a certain Reginald Dwight worked as a messenger, and it was here that he emerged from the cocoon of his mundane existence as the global superstar Elton John.

You'll hear the story of how Pete Townshend met the REAL Pinball Wizard who inspired the classic song and dictated the plot of The Who's Tommy.

You'll gaze upon the former pub where a young Brian Jones auditioned musicians for his new band, The Rolling Stones, in 1962.

SOME OF THE TOUR HIGHLIGHTS

Discover locations that are connected with the titans of London's music scene - The Beatles, The Rolling Stones, Queen, Led Zeppelin, The Who, David Bowie, Elton John, The Sex Pistols, The Kinks, Black Sabbath and many, many more!

Stand outside recording studios, clubs, pubs and music shops which played a part in the fascinating history of Rock 'n' Roll.

Explore the musical legacy of Soho, one of London's most vibrant quarters.

AN EXPERT FOR YOUR GUIDE

With John Bennett as your guide, you are guaranteed a superb tour in the course of which London's rich musical history and heritage will be brought to vivid and breathtaking life.

And, remember, since John is one of the few London guides a PRO licence, you can legally listen to the tracks you will be hearing about at the very locations where they were laid down however many years ago today!

Selected Saturdays and Sundays at 11am

Outside The Centrepoint Building by Tottenham Court Road Underground Station