May I begin this festive list by wishing all my readers a very merry Christmas.

London is looking particularly festive at the moment and the lights are sparkling all over town. Which has inspired me to create a free Christmas Lights Quiz walk, which is one of the offerings on this month's list.

You can also attend carol services at St Paul's Cathedral over the Christmas period itself; take part in a Twelfth Night procession in Southwark; explore the magic of Harry Potter in Soho and visit Christmases past at Shoreditch's wonderful Geffrye Museum.

And, if all that hasn't got you breaking down the door eager to get out and experience all these wonderful free things that London has to offer, then how about the opportunity to enjoy an Evening with Nick Clegg?

I'll be doing my annual "Charles Dickens: A Christmas Carol Walk" on several days, albeit the only one that still has space is the New Year's Eve Walk on 31st December at 11am. Details here.

There will also be the Jack the Ripper and Ghost Walks over the period, all the dates are on this page.

I'll also be seeing in the New year with a special Secret London Tour at 2pm on January 1st 2017. Full details here.

As many of you will know I'm gradually working my way through all the film versions of A Christmas Carol and reviewing them.

You can read the reviews and watch some of the really old versions (1901 in the oldest) on this page.

Remember that any new additions, or changes to the current list, are placed on our Facebook page, so it's worth joining us and liking us (as in Facebook likes!) to ensure you're kept fully informed of and up to date with what's going on in London throughout the weeks ahead.

So, without further ado, here is my December list of ten things to do in London.

Free, Early arrival is advised as space is limited.

Can there be a better place to enjoy carols than St Paul's Cathedral?

I don't think so.

Throughout the festive period the Cathedral will be holding regular carol and prayer services, plus, of course masses on Christmas Eve and Christmas Day.

Free to attend. Cash only for purchases. Bring your own bags.

The Nearest Underground Station is Barbican

This is an annual tradition and one that is very well attended, as Harts of Smithfield sell off their Christmas Surplus stock.

From a whole leg of pork for a mere £20 to turkeys going cheap, this is the place to pick up a real bargain and hone your skills at outbidding, out waving and out shouting all those around you.

However, if you fail to catch the butcher/auctioneer's eye, you might end up leaving empty handed, so I'd advise having a contingency plan in place, just in case.

But, no matter what the outcome - it's always great fun.

You'll see grand, and impressive staircases, and you'll even get to go beneath this magnificent place and explore the subterranean depths that have been featured in numerous movies and television dramas from Sherlock Holmes to serialisations of the works of Charles Dickens. Speaking of Dickens, the tour also provides a rare opportunity to go inside the old "Roman" Bath on Strand Lane, which features in David Copperfield.

VISIT CHRISTMAS PAST AT THE GEFFRYE MUSEUM

The Geffrye Museum is a terrific museum providing visitors with the opportunity to peep back at how homes have changed over the last 400 years. 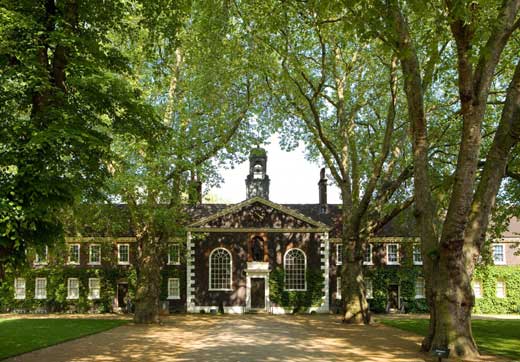 At Christmas the eleven period living rooms that the museum is "home" to are decked out in festive decorations that truly capture the spirits of various Christmases past and which provide visitors  with an opportunity to become time travelling voyeurs by gate crashing a selection of middle-class festive seasons over the last 400 years.

You can also discover the origins of all manner of festive traditions from why we kiss under the mistletoe to why we hang up stockings on Christmas Eve.

A lovely opportunity to look back on those bygone days when people knew how to make their own entertainments and Steve McQueen had not even attempted a Great Escape.

The Parade Begins on Piccadilly

The prefect way of seeing in the New Year, this colourful spectacle promises 10,000 participants from the USA, UK, Europe and beyond to delight our street audience of over 500,000 and our TV audience which reached more than 300,000,000 in 2016.It really is a joyous start to the New Year.

A SELF GUIDED TOUR

I've spent the last few weeks putting together a quiz walk that enables those who want to see the best of this year's London Christmas night.

You can follow the step by step directions, stop off at some lovely pubs en route and try to answer 22 questions, whilst achieving the challenge of kissing Winston Churchill under the mistletoe!

It takes around two hours to complete at a gentle pace, and it's a great way to see the Christmas Lights.

It begins on Bankside Outside Shakespeare's Globe

The Lions part invites everyone to their 22nd TWELFTH NIGHT CELEBRATION beginning on the Bankside near Shakespeare's Globe and continuing by procession to the historic George Inn in Southwark.

SAY FAREWELL TO AN OLD FRIEND

The Natural History Museum's Diplodocus skeleton cast, often referred to simply as "Dippy", is one of the museum's best known and most loved exhibits.

Unveiled in 1905, the Diplodocus quickly achieved star status, and has since featured in newspaper cartoons, news reports and even played starring roles in film and television.

But, on 5th January 2017, Dippy is due to set off on a tour of the UK, with the result that, after that date, visitors will no longer be welcomed by the impressive skeleton.

So, if you want to bid an old friend farewell, or you want to see it in all its glory, I suggest you get on over to South Kensington over the Christmas break.

SEE IN THE NEW YEAR (ISH) WITH NICK CLEGG

I just can't seem to get it right. No sooner had I got over the possible slight on Ken Clarke by featuring him as a scary Halloween suggestion, than I go and put Nick Clegg directly after an extinct species.

So, I'll stop digging and just quote from the event's own website.

"Nick Clegg MP was Deputy Prime Minister in the coalition government and is former leader of the Liberal Democrats. He is the party spokesman on exiting the EU and was a leading campaigner to remain in the European Union.

We will be speaking to him about the UK's withdrawal from the European Union, the rise of populist politics and what the future for centrist politics will be.

The event will be followed by a drinks reception to which all are welcome.

STEP INTO THE WORLD OF WIZARDS

THE MAGICIAL WORLD OF HARRY POTTER

Miraphora Mina and Eduardo Lima, known as MinaLima, were responsible for the quirky graphic designs that were featured in the Harry Potter films.

They, for example, produced The Daily Prophet, created the wanted posters, not to mention the textbooks used at Hogwarts; and they also gave us the Horcruxes and the Goblet of Fire. Which, if you think about it, is quite a contribution to the cult of Pottermania.

You can now pop in to this curious little shop to admire their designs for the Weasleys' joke shop offerings, as well as the original Marauder's map, and more.

I hope you find the December list useful and that you get to enjoy at least some of the things that I have suggested. 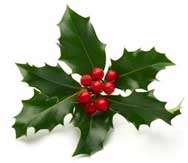 Our walks will be taking place on many of the days between Saturday 17th December and Sunday 1st January 2017.

A remarkable colour film, restored by the BFI, showing London in 1926. It's amazing to see the old buses, cars and taxis and to get tantalising glimpses of the River Thames when it was still host to a busy river port.